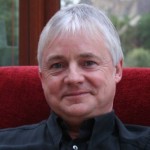 Keith Johnson is a highly entrepreneurial and energetic Consultant in Export Finance and International Trading with an outstanding record of success in delivering innovative solutions to a wide range of sales finance, debtor finance and risk mitigation issues, often in complex political environments.

He is particularly skilled in influencing, negotiating, political lobbying and team development activities and proven capabilities in the building of effective commercial relationships with key stakeholders.

Keith  is Vice President of the British Exporter’s Association.

In the past Keith Johnson Consulting Ltd. and Bank of London & the Middle East had structured a ground breaking Islamic trade finance facility for Rank Metal Co. Ltd of Bedford. It was Sharia-compliant and all parties were present at BExA’s Annual Luncheon.

•    Planned and implemented the countertrade of a commodity from a third world country to save an UK communications manufacturing facility and the local assembly plant.
•    Delivered payment security for an emerging third world country for the supply of a civil radar system through use of the credit insurance market
•    Established a multi country, multi bank, multi Export Credit Agency facility to win a competitive bid for the construction of an international airport.
•    Rescheduled the entire debt of a South American Air Force in order to keep an effective squadron of aircraft flying and secure on going spare parts supply.
•    As the “Industrialist in Banking” in a top Investment Bank played a major role in establishing a highly effective marketing campaign of structured finance products to UK industry.
•    Established a 3 year letter of credit backed facility for an African Nation declared as “Highly Indebted Poor Country” (HIPC status) where no traditional finance was available for the supply of electronic co-operative tracking devises for fishing vessels.
•    Reviewed and changed international trade and finance capabilities in a UK Govt. Department responsible for advising and guiding UK defence exporters addressing potential sales contracts. Subsequently delivered the MoD’s “International Finance Workshops” to over 160 delegates and received the “highest validations ever” for a specific MoD training programme.
•    Devised an “Action Planning” derived training programme for a major PLC, which led to the “Business Workout” programme bringing about a number of key changes in operational efficiency and Board capability.
•    Established an innovative investment structure which took advantage of an outstanding “Offset Obligation” created by the sale of Defence equipment to an Eastern European Union country which generated benefits when establishing a pharmaceutical factory in the country concerned.